News
News
GO BACK TO ALL NEWS
St. Mary’s Handsworth Past Pupils Reunion
Thursday 15th June 2017 was a day full of activity at St Mary’s Convent, Handsworth as we held our ever-popular past pupils' reunion day

Originally begun by Sr Barbara Jeffery rsm during her time as Archivist here, this is, I believe, the fifth past pupils day I have been involved with and it has become a regular and very popular event on the St Mary’s Convent calendar. This year we welcomed just upward of thirty people for the day: a mixture of past pupils of St Mary’s Convent school, St Mary’s/Francis’ Elementary school (next door to the convent, where the Sisters of Mercy taught) and a few spouses.
Time is given for catching up, reminiscing and sharing. This often brings out very personal memories, and particularly poignant memories of childhood, of interactions with the Sisters and other teachers and of the impact of the experience of this early education on people’s lives. This kind of personal experience is often absent from more official school archive papers such as log books and registers so it is fascinating to hear. I was delighted to receive a few donations for the Mercy archive from past pupils who attended, including photographs, personal memories and even a diary of a school trip. Such items will of course be great assets to the Mercy archive, and show the potential for an archive to grow and develop with new accessions.
After introductions and reminiscence, myself and Sr Noreen Cullen rsm led informal convent tours, offering a chance for the past pupils to revisit some cloisters in the building that they remembered (the schools themselves have been demolished), and to see parts of the convent they would never have been allowed to access as schoolchildren. This also provided an opportunity for them to view some of the heritage material on display, including some specially prepared displays on the school, and to learn about the history of the Mercy order.
After a very well received lunch, Union and Institute Mercy Archivists (Jenny Smith and Matt Naylor) presented our joint input, previously prepared for the Religious Archives Group Conference, ‘Sacrifice and service: Sisters of Mercy in the Crimea and St John’s and St Elizabeth’s Hospital, 1854-1990’. This was a topic largely unfamiliar to most of the attendees and seemed to spark interest among the group who are fully acquainted with the Sisters of Mercy as teachers but not necessarily as nurses.
The day ended with a wonderful and quite moving prayer and reflection from Sister Noreen Cullen rsm, on forgiveness, based on Pope Francis’ teachings on forgiveness during the Year of Mercy. I believe all went away feeling inspired and motivated by this and by the other activities of the day. To quote from one past pupil ‘we have taken home such happy memories.’
For me, the day is always testament to the power of collective memory, stimulated and supported by documentary and architectural heritage. That we are able to have current Sisters of Mercy present and involved adds a very special dimension to the day and I hope there are many more of these to come.


Jenny Smith
Archivist, Union of the Sisters of Mercy GB 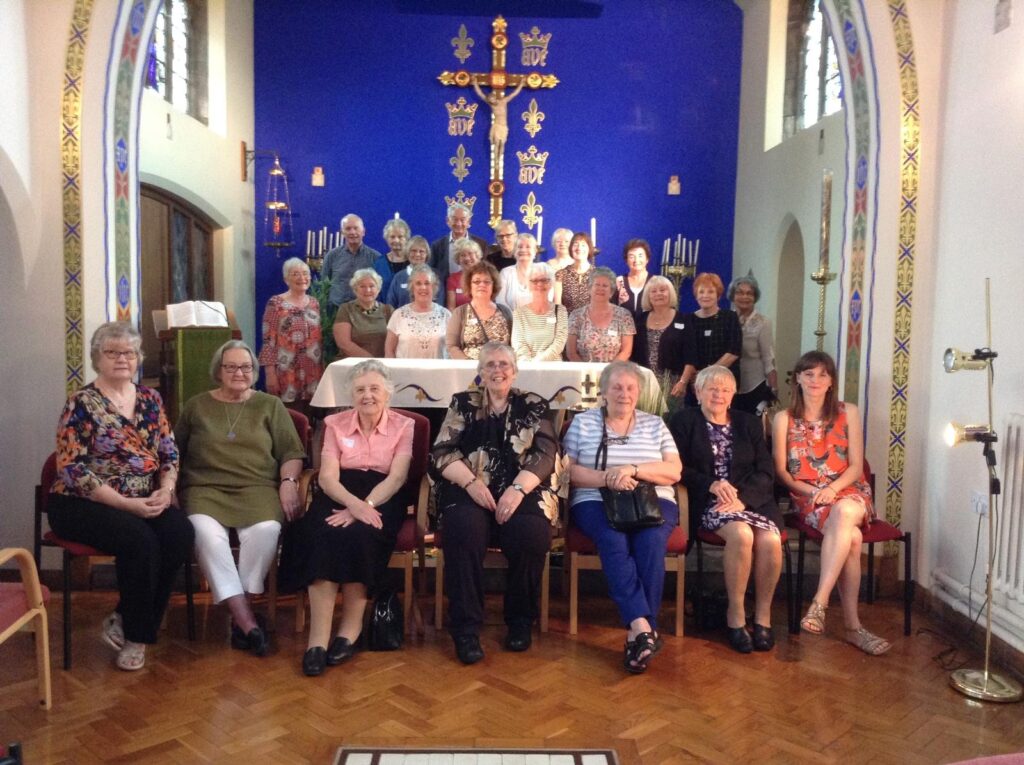